The Goal is To Become a Self-made Artist

Read The Goal is To Become a Self-made Artist manga – manhwa at Mangastic.me

When our MC was bored in the hospital with a limited time, she encountered a game called “The One Who Wants to Wear the Crown”. When she woke up, she suddenly possessed a supporting character she played that’s going to die so she plans to survive from now on by marrying the Eastern Grand Duke of Sydney and leaving the capital. 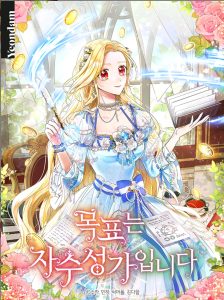 You don't have anything in histories

I’ll Love You Even If Its Wrong

Wished You Were Dead

Register For This Site.

Please enter your username or email address. You will receive a link to create a new password via email.